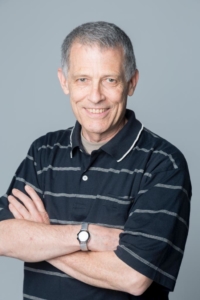 This website is a gathering place for information on current and past pursuits in the academic and spiritual spheres of my life—especially as they interconnect, in writing and speaking—sharing ideas in my areas of study, especially classical Indic thought as it relates to current matters of broad concern.

About my academic background in brief:

I am a research fellow of the Oxford Centre for Hindu Studies (OCHS) (a recognized independent centre of the University of Oxford), and a research fellow of the Oxford Centre for Animal Ethics (OCAE). In the OCHS, I co-direct the Bhāgavata Purāṇa Research Project. In this capacity, Prof. Ravi M. Gupta and I have edited a volume of articles and translated a volume of selections from the Bhāgavata Purāṇa, both volumes published by Columbia University Press (2013; 2016 respectively). As a research fellow of the OCAE I have written and lectured on nonviolence and environmentalism as well as on the application of yoga principles and practices for animal-human relationships and animal protection.

Recently, I published a monograph on animal ethics, “Cow Care in Hindu Animal Ethics,” in the Palgrave Macmillan Animal Ethics book series, which is available in an open access digital format on this website.

I completed a DPhil (PhD) in 2003 at the University of Oxford with a study of Vaishnava temple liturgical practices and theology (published by Routledge in 2006 as Attending Kṛṣṇa’s Image: Caitanya Vaiṣṇava Mūrti-sevā As Devotional Truth).

About my spiritual background:

I am a practitioner of Vaishnava Hindu devotional yoga (bhakti-yoga) since 1972, when I began studying the sacred texts and practices of the tradition. In 2014, I accepted the formal vows of the sannyasa (renounced) order, with the ordination name Krishna Kshetra Swami. In this capacity, I continue to travel and lecture on Krishna-bhakti literature and thought, and render services in a pastoral capacity to spiritual seekers.

About what I enjoy:

When time permits, I head to the hills and commune with nature. If my voice wasn’t becoming so weak, I would sing more (bhajan/kirtan). I also desire to write play scripts, but these are largely aspirations at this point. Finally, I have a taste for good documentary films, like “What Would Jesus Buy?” (2007).